The fuse has been sparked and its time for us to get organized for long-term. The explosion of rebellions across the United States, the increasing loss of public faith in the state, the long history of urban rebellions against police violence all point to our communities' need for full autonomy, economic and political self-determination. For the past decade American society has beared witness to hundreds of murders of people of color by police. This reality has led to the growth of the movement for black lives in communities across the country; however, rather than recognizing the issue of police murder and working to address it the state has only developed further technologies of repression and coercion. Police reform can’t happen in a society dominated by the capitalist class because without the police to enforce the private property complex the basis of the system would implode. The state, capitalism, and white supremacy are intrinsically linked. 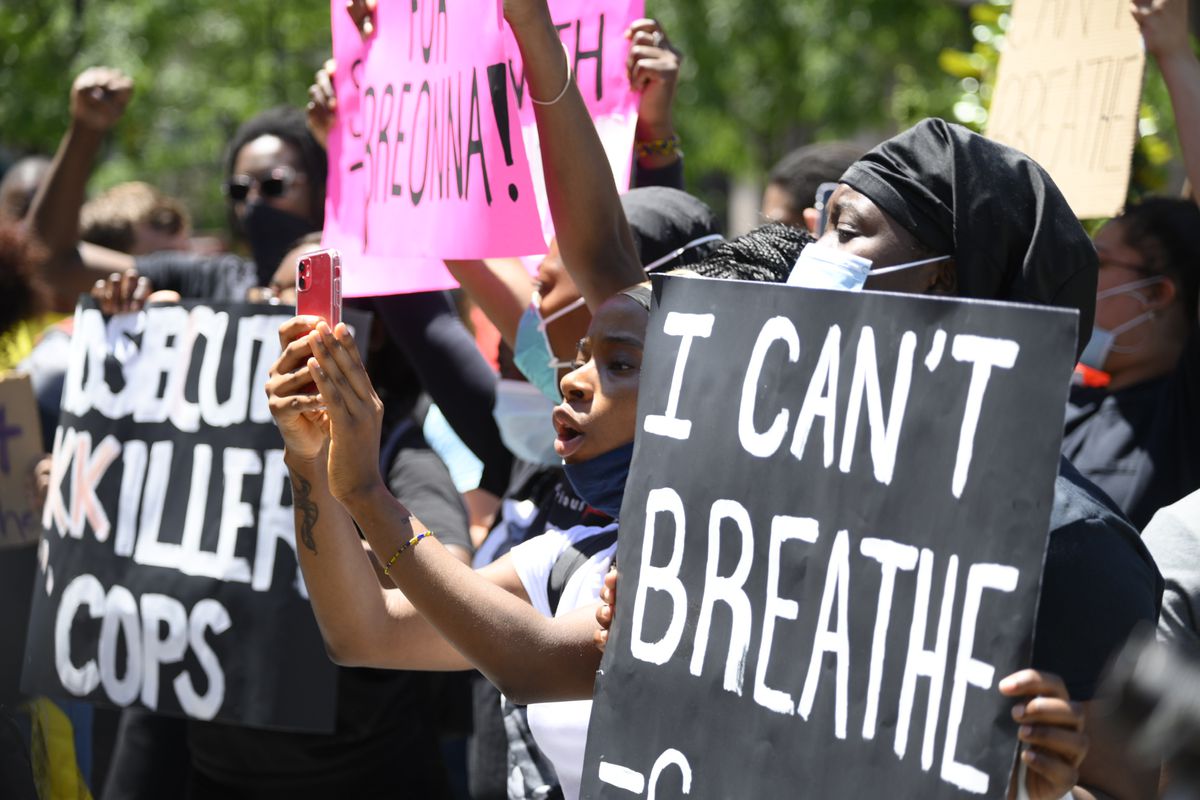 The murder of George Floyd presents yet another reminder of the brutality of the white supremacist capitalist society which dominates American life. The echoes of Eric Garner’s final words “I can’t breathe” are heard once again in the dying pleas of George Floyd. Both men were murdered after being accused of attempting to gain access to material resources from a capitalist system which has deemed them as criminal bodies. In the case of Eric Garner he was accused of trying to sell cigarettes without a tax stamp. George Floyd was accused of using a counterfeit twenty dollar bill at a deli. As a result of such both men were summarily executed in modern day lynchings. The stranglehold of the settler state, and its monopoly on violence, could not be clearer.

Today’s rebellions show emergent values in society that put priority on human life over profits and property. This ethic exists in contradiction to the dominant structures in capitalist society that worship material gain over all else. Thus, the righteous violent rejection of the murder of another Black man is an example of human society recognizing itself as independent from and in opposition to the state. The mass destruction of institutions of capitalist domination is yet another example of human society defending itself from capitalist modernity. A social and economic system which has invaded and colonized all realms of modern life. However, these recent events are just the latest segment in a long story of protracted struggle in defense of human society on the part of colonized peoples. 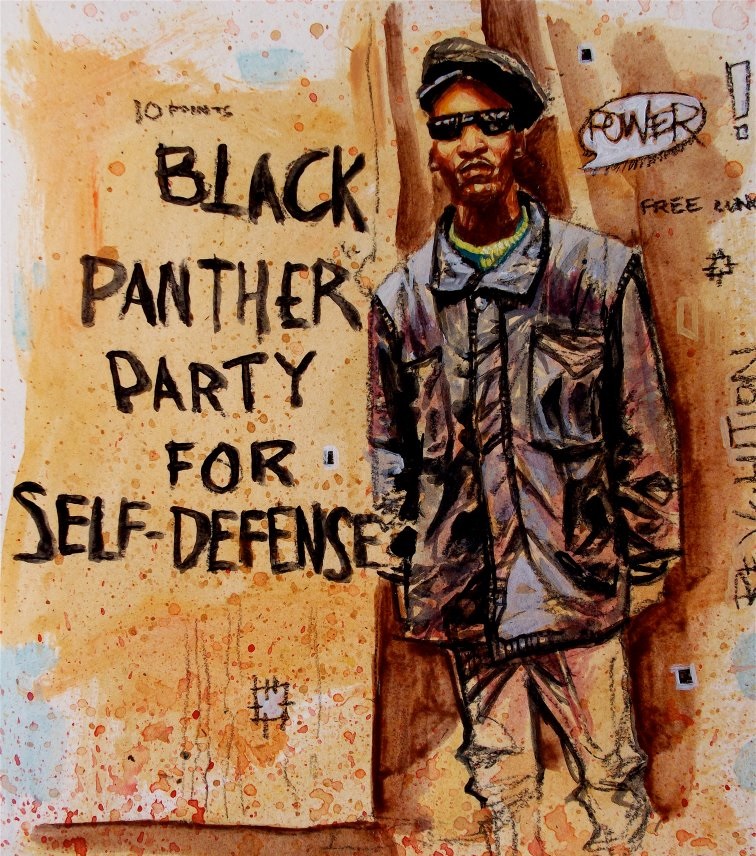 A story that goes back hundreds of years to the founding of the U.S.A. on the backs of enslaved African peoples and the genocide of indigenous peoples. The ransacking and burning of state infrastructure which we are witnessing today is an act of community self-defense in a protracted class and cultural war. Joyful collective expropriations, described by bourgeois society as “looting”, is in fact a beautiful act of collectively liberating and sharing the products created by fellow workers across the world from the profiteering of the parasitic capitalist class.

As exceptional and inspiring as today’s rebellions are, there are historical parallels within our communities living memory. This latest chapter in the struggle is strikingly similar to the events of the long hot summer of 1967 when over 159 rebellions led by Black communities occurred in cities across the United States. Sparked by a boiling powder keg of tensions including the physical demolition of Black communities across the country from blight, clearance, urban renewal policies, and continued police violence. It resulted in the deaths of over 177 people and the destruction of over a billion dollars in property. Entire cities like Detroit looked like bombed out war zones as the national guard and even the U.S. army was called in to quell the rebellions. A similar rebellion, in both size and scope, was once again sparked in cities across the country the following year in 1968 after the assistination of Martin Luther King Jr. 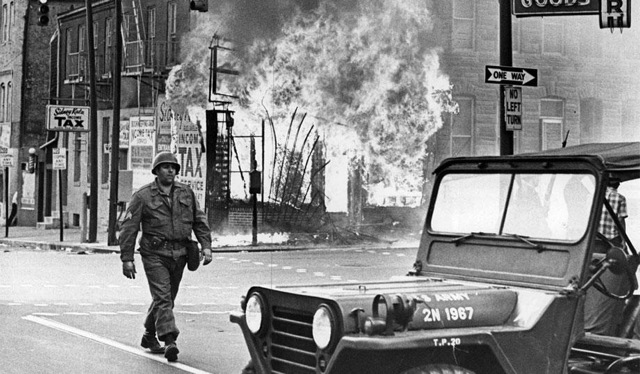 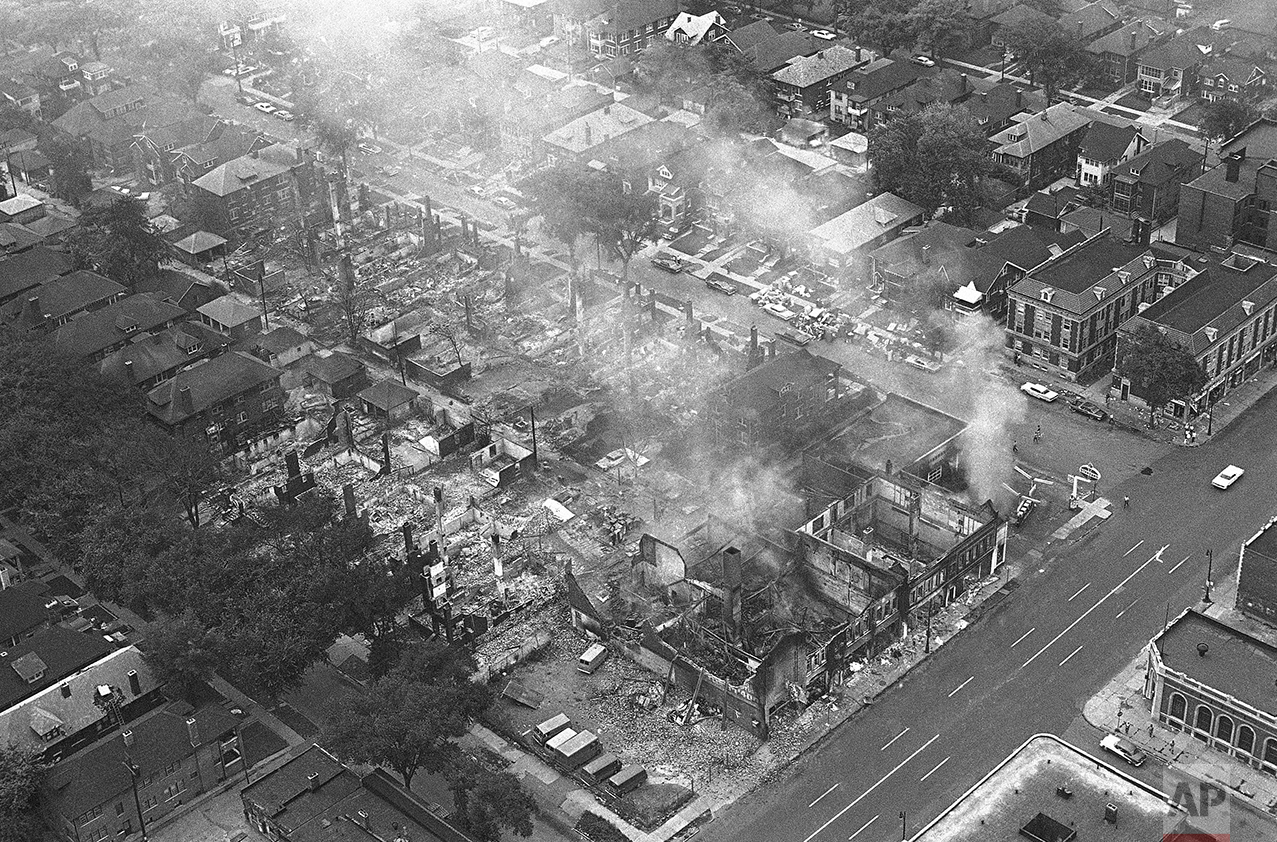 In response to the 1967 crisis then president Lydon B. Johnson called together the Kerner Commision. The commission was composed of many counterinsurgency experts, including former heads of the C.I.A. and military think tanks such as the RAND Corporation. Often cited as an important government commission that played a large role in desegregation, the housing policy created by the Kerner Commision prioritized breaking up “black ghettos” which were used as the basis for the self organization of black communities from which they could enact their own self-defense. As a result, many of the emerging federal housing and urban redevelopment programs such as “model cities” created the foundation for today’s gentrification apparatus. Rather than benevolent government policy to meet communities needs it was implemented as a tool of modern day counter-insurgency with the ultimate aim of maintaining a system of material inequality. 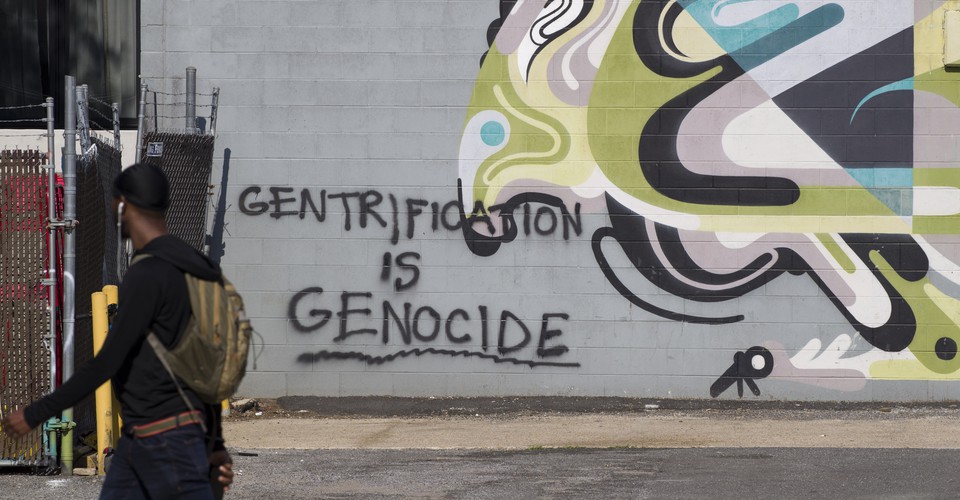 The cultural and class war in American society has always been boiling under the surface. The state's historic attempts to divide and conquer communities by breaking our human networks of support, solidarity, and care in order to make us dependent upon their abusive system has been a foundational element of capitalism and colonialism from the start. This situation can only last so long. Today we are witnessing a new economic depression as millions of workers across the world have lost employment due to the Covid-19 crisis. Over 100,000 people have died in the United States with little government response; however, the chickens are beginning to come home to roost due to the cold arrogance of the ruling establishment, so sure in the security of its position.

As we have seen, history is once again repeating itself. We know that rebellions are often followed by waves of arrests, media propaganda to shift the narrative against our communities, government and reactionary violence. As such, we must organize long-term community institutions to afford for the self-defense, political and economic autonomy of our communities. Today’s rebellions are being led by black and brown youth with working class people from all walks of life finding common cause in the streets. Through struggling together across racial and cultural differences we are beginning the foundation of bridging many of American society's sharpest divides, in order to rearticulate the human society in opposition to capitalist society. When governing structure have demonstrated themselves, so completely illegitimate, and when we come together in resistance we are building a new moral society in the shell of the decaying capitalist society. To increase our communities autonomy from the oppressive white supremacist nation state we must further develop our self-organization and federation with other communities locally and beyond.

From the Black Panther Party of Self-Defense, to the self-organized units of the YPG and YPJ in Rojava to the Zapatistas in Chiapas, Mexico, community self-defense is essential to our survival in the midst of failing authoritarian states. All of these organizations prioritized advancing the autonomy and self-determiniation of their communities from larger nation-state structures. These organizations and social movements have much to teach us.

An image of the kurdish Womens Protection Unit (YPJ).

In Symbiosis PDX we stand in solidarity with the ongoing rebellions across the United States and we would like to provide an invitation to embark with us on a long-term global revolutionary organizing effort. We believe that the political and economic self determination of our various communities and their linking through federated structures is an essential element in moving towards systemic change. We recognize the importance of the self-articulation of our communities. The importance of self organization of oppressed community is essential in breaking our replication of oppressive social forms. Youth, communities of color and gender minorities are already leading the way.

Join our federation and together we can work to advance the self-organization of our communities to advance our autonomy from the white-supremacist nation state.